Housing Action Southwark and Lambeth are calling for support for the squatters currently living in the former Charles Edward Brooke school in Camberwell/Myatts Fields. Two long term HASL members live in the school, and many others in the squat crew have supported HASL actions and events. Now we want to show our support back to them. See below for quick online action!

The headmaster of St Gabriel’s college – which holds the lease for the former Charles Edward Brooke school which has been left empty and unused for over 2 years – along with Lambeth council’s legal services team, have served an Interim Possession Order on the squatters who moved into the empty building just before Christmas. An Interim Possession Order is one of the quickest and most brutal ways that someone can reclaim possession of their unused and neglected property. Once the IPO is served by the court (which is practically an automatic process), then it becomes a criminal offence to remain in the building 24 hours after it is served. Anyone remaining in the building can face a fine and / or prison. An IPO literally criminalises homeless people.

Why is a Christian school using such a punitive method to evict the squatters? The IPO’s quick eviction process means that many will struggle to find somewhere else to live and could end up street homeless. The IPO will cause deep hardship and distress to people who are simply trying to house themselves. Finally, why is the headmaster willing to pursue this costly procedure when he could come to a fair agreement?

We are appalled that a local school is treating fellow community members in housing need in such a way – that they are so cruelly making people homeless in order to keep their building empty.

Squatters, tenants, and others in housing need – stick together! Homes Not Jails.

Please take two minutes to send an email to the headmaster expressing your support for the squatters and raising concern at the use of an IPO. You can use our template email below but feel free to write your own or add to the template. The IPO court hearing is the morning of Tuesday 12th January (we’re thinking of maybe organising court support so keep a look out!) so please contact him urgently so he can see all the support there is. Let him know that Lambeth residents hate homelessness and evictions! Please cc in HASL’s email too if you are happy to list your name in support at the bottom of this blog!

Lambeth council’s legal services helped to draft the IPO so don’t forget to send @lambeth_council and @cllr_peck at tweet or two.

I am writing to express my support for the people currently occupying the former Charles Edward Brooke secondary school. I am deeply concerned that you are pursuing the use of an Interim Possession Order which means that the occupiers will have very little time to find somewhere else to live, risking street homelessness; the quick eviction time is likely to cause significant distress and hardship to these people in housing need. An IPO criminalises and jails homeless people if they remain beyond the 24 hour deadline.

This is not an appropriate, fair or just way to treat homeless people. It must be stopped. 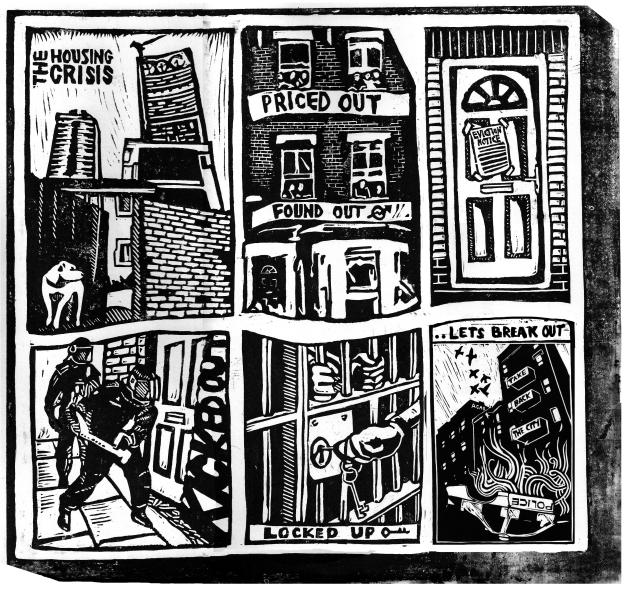 Thanks to all those who have written in support so far, including:

Against hundreds of messages in support of the squatters, a courtroom packed full of supporters and calls for St Gabriel’s school to engage and work towards a better solution, the court issued an IPO on 12th January, 2016. In the lead-up to the day in court, the headmaster of the school had been sending responses to supporters that were misleading. In the interest of maintaining the record on this case, some facts are as follows: