It’s clear to us, and as our recent occupation of Southwark Council offices highlighted, this council is rotten inside and out. 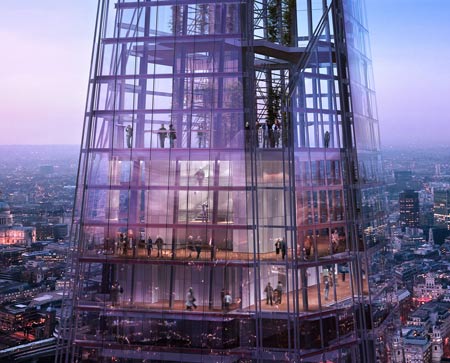 Outside, the council projects its lies about regeneration, claiming for example it will build 11,000 council houses over the next 30 years – an unlikely commitment from the same councillors responsible for the massive Heygate Scandal, and much else besides.

While inside, at the council’s housing offices, service users and members of HASL have been bullied and intimidated, as Ruth’s case has shown.

Yet if anything confirms in black and white this rotten council it has been the recent High Court judgement finding that Southwark’s housing officers conspired to illegally evict and destroy the belongings of one of their tenants.

In a proven case of “my housing officer’s out to get me” the court has given a scathing 79-page judgment, which was partly based on Southwark’s own internal report into its housing officers’ misconduct.  The High Court found that there were no reasonable grounds for evicting the tenant, who represented himself against Southwark’s legal team, but that:

The details of the findings:

Christine Okwara became the tenant’s income officer in 2012.  She set out on a course of harassment and victimisation.  She covered her tracks by suppressing documents and fraud.  While the tenant did his best to meet his shortfall Ms Okwara took increasingly pernicious steps to have the tenant evicted by any means, overlooking all procedural requirements.

Ms Okwara’s actions, the court found, were sanctioned by her line manager Brian Davis.  “Mr Davis and Ms Okwara had an ulterior motive in seeking AA’s eviction. They had limited prospects of evicting him lawfully and they therefore appear to have embarked on an eviction with the intention of evicting AA even though this could not be done lawfully”.

A further staff member, Ms Yusuff, conspired with them to carry out the illegal eviction.  They arranged for the eviction to take place seconds after the final court hearing without a housing officer being present. They each gave three interviews about the eviction, changing their stories each time (the judge found that they had met up to tidy up their accounts).

Dishonestly, and quite needlessly, Ms Okwara arranged for the tenant’s belongings to be removed and destroyed.  She told the enforcement officers that he had already removed what he wanted.

Southwark’s outrageous behaviour continued throughout the High Court trial.  They refused to put the report, and many other damaging documents, before the court until they were ordered to do so.  They never disclosed the residential team records, and entries on the tenancy file since 2010 had been lost.

What did Southwark’s hateful actions achieve?  After the final eviction hearing Ms Okwara wrote in an email that she was “happy that this tenant lost his appeal”.  The tenant was street-homeless for over a year.  All of his possessions (including much of his life’s work, stored on various electronic devices) were spitefully destroyed, despite there being no reason for doing so.  He has now reached a private settlement with the council.

While the internal report into the destruction of the tenant’s belongings made findings of gross misconduct and misconduct against the housing and income officers responsible it is not yet clear what action has been taken against these reprehensible individuals, whose actions show their scorn for the concepts of social housing, security of tenure and lawful procedures.  In a country where evictions are all too easy, these individuals deliberately shunned even the scant procedural protections that the law gives to people’s right to stay in their homes.

Further analysis of the case here.

We say enough! Housing Action Southwark and Lambeth call for officers involved in this case to be dismissed.

We are planning further actions against Southwark Council so get involved! Join or meeting or sign up to our anti-eviction phone tree.